The fuse charts give a very quick and simple way of determining incident energy as part of dynamic risk assessments as well as exposing danger. They are based upon the two most popular fuses in Europe which are the BS 88 and DIN NH models. Both are extremely efficient in clearing high energy faults very quickly and safely where there is sufficient available fault level. The range of the fuse charts are as follows.

*NOTE: IEEE1584 Guide 2018 says “If the total protective device clearing time is longer than two seconds, consider how long a person is likely to remain in the location of the arc flash. It is likely that a person exposed to an arc flash will move away quickly if it is physically possible, and two seconds usually is a reasonable assumption for the arc duration to determine the incident energy.” 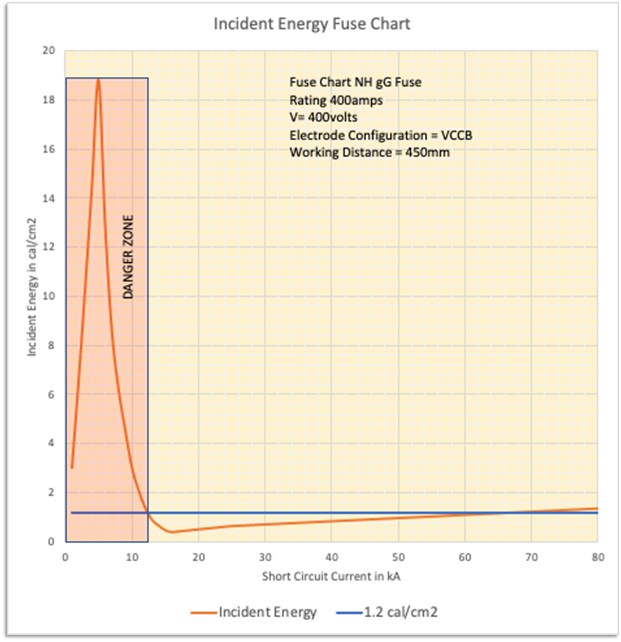 The principle behind the charts is that the area which is outside the current limiting zone of the fuses, is expressed as the danger zone. The following chart, Figure 14.13, shows a plot of incident energy against prospective short circuit current at the equipment in question. This is derived from a calculation of arcing current and the corresponding determination of disconnection time provides the basis for incident energy levels to be established over the fault handling capability range of the fuse. This is based upon a working distance of 450mm between the source of the arc and the worker.

From the above, we can highlight the key parameters of the danger zone and the fault current at which the corresponding arcing current that will cause the fuse to operate the current limiting zone. In this case, the 400 ampere fuse will protect in the current limiting area for prospective short circuit current values greater than 12 kA. Below that figure, operation will be slower meaning that the incident energy level will build up to 19 cal/cm2 at which point the maximum disconnection time of two seconds will kick in. For simplicity, the charts will show the zones of protection as follows in figure 14.14. In this case a BS 88 315 ampere fuse link is used. 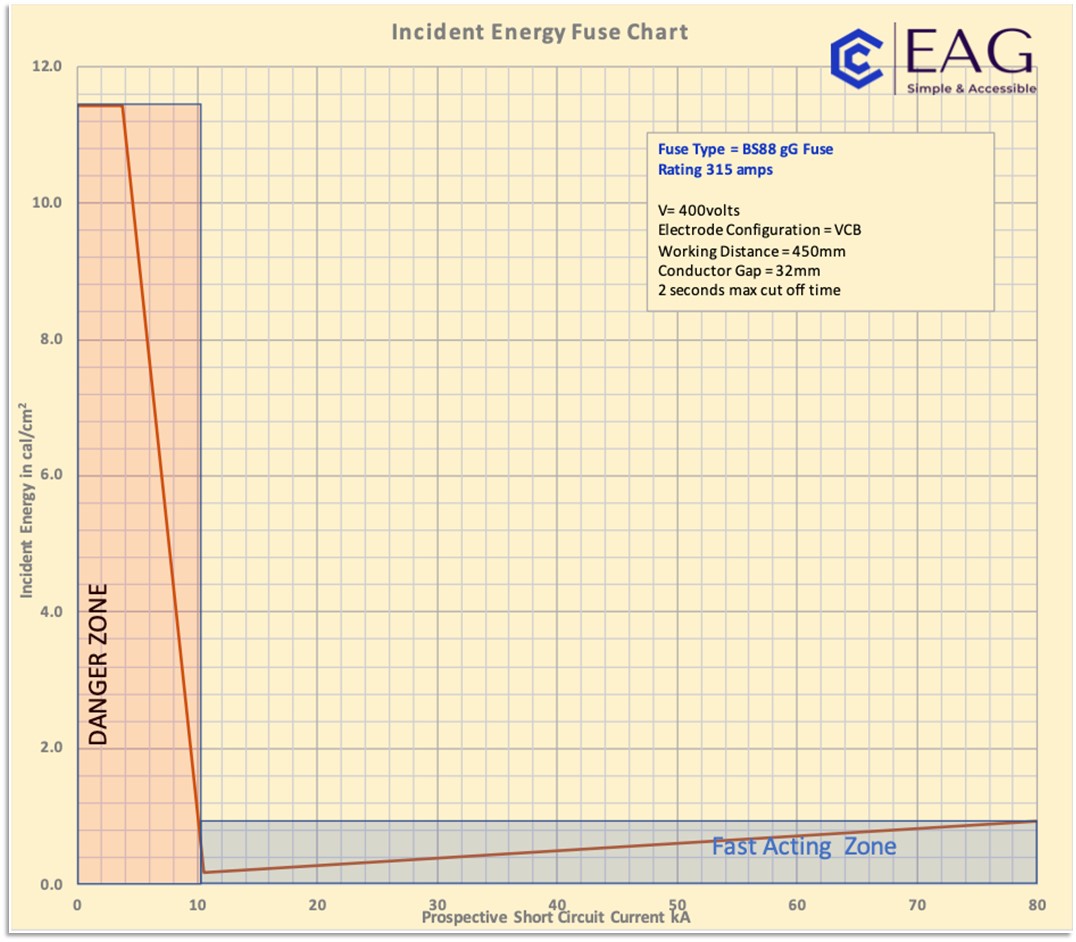 All that the user will require is an estimate of the prospective short circuit current at the equipment and to check that the chart will fall in line with the range limitations given previously. Use of the charts will give an instant prompt of whether to STOP or to carry out further action to ensure the safety of workers.