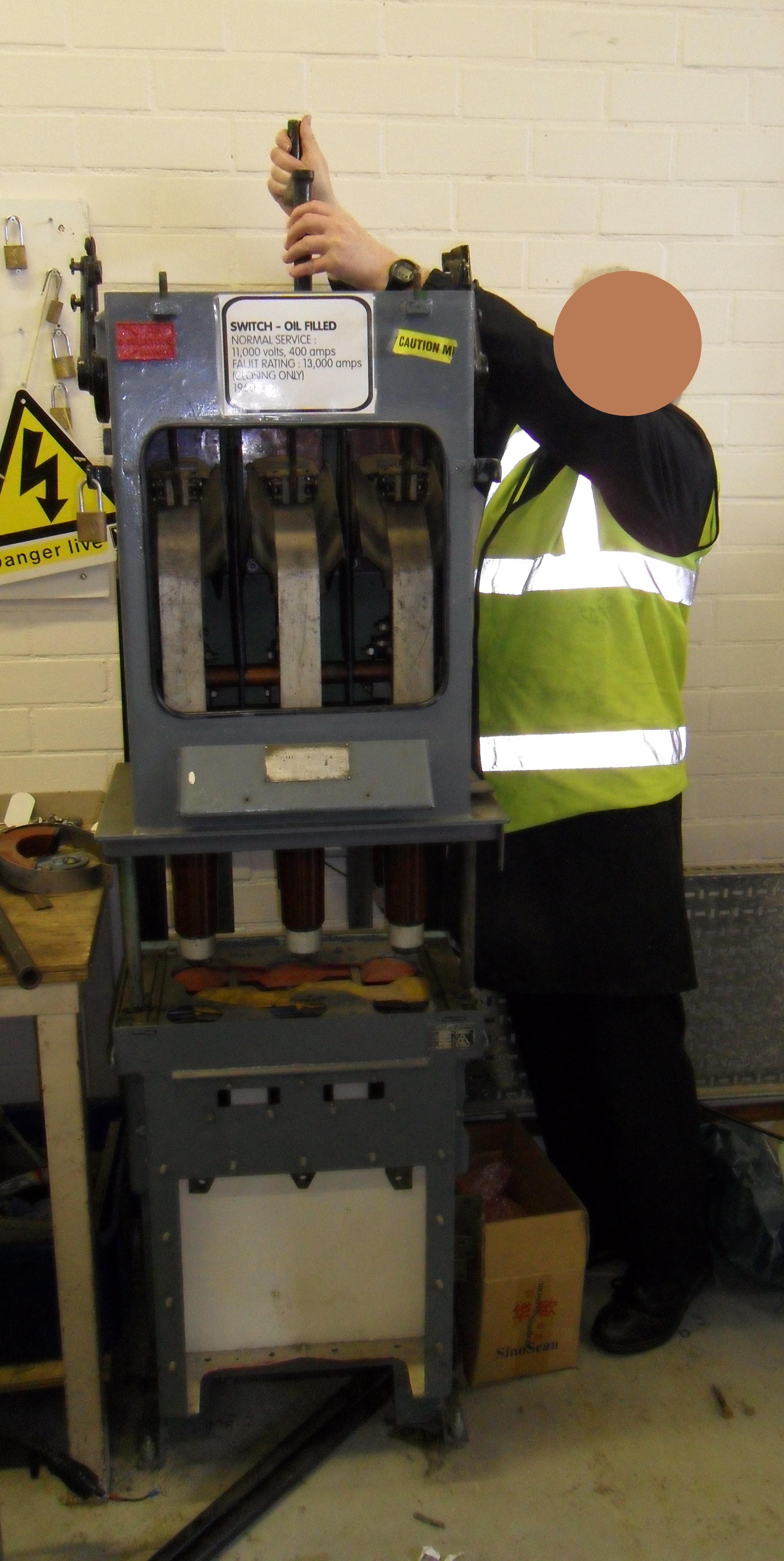 In Chapter 11: Electrical Utilities, there are examples of this, and the image in Figure 8.22 shows one such case. In the IEEE 1584 Guide for Performing Arc Flash Hazard Calculations, there is a standard default working distance of 914mm for operations on 15kV switchgear.

As can be seen in Figure 8.22, the operator is manually racking in a vertical isolatable 11kV oil circuit breaker in a training workshop, hence why parts are cut away. Parts of his body can be seen to be approximately 200mm away from the busbar spouts. This example graphically illustrates that working distance should not be a one size fits all and anyone carrying out a study should be able to recognise these variances and report on them.

It is preferable to get the modes of operations established before leaving site as this could have an effect on the final study. For instance, I remember one site where the client had a maintenance regime which involved the paralleling of transformers. This was achieved by overriding interlock systems that should have prevented such an operation. As it happened, the duty holder did not see the issue as an important one as the duration of parallels were for short periods. By modelling this scenario, not only did it reveal that the low voltage system was overstressed but incident energy levels became extremely high. The other factor to consider was that the likelihood of faults tended to increase post maintenance. This all came to light by discussion on site and by examination of the equipment concerned.

The main thing to remember is that things change, and these changes need to be modelled as scenarios into the final study. It is also good to sense check any assumptions that you may have made with the duty holder so that it becomes a consensus of opinion. The typical scenarios might be as follows.

When considering large studies, it is prudent at this stage to take stock and check off all the data collected. There may be a list of issues that are unresolved, and if they remain that way, will threaten the smooth expedition of the final study. There will be a great deal of data in a myriad of different formats, so it is important to get it organised. The following is a suggested structure to use when consolidating the data.

When the consolidation process is completed, it is essential that the duty holder/client verifies the data. It is suggested that a package of information containing all of the above plus initial single line diagrams is transmitted to sign off the data collection stage.