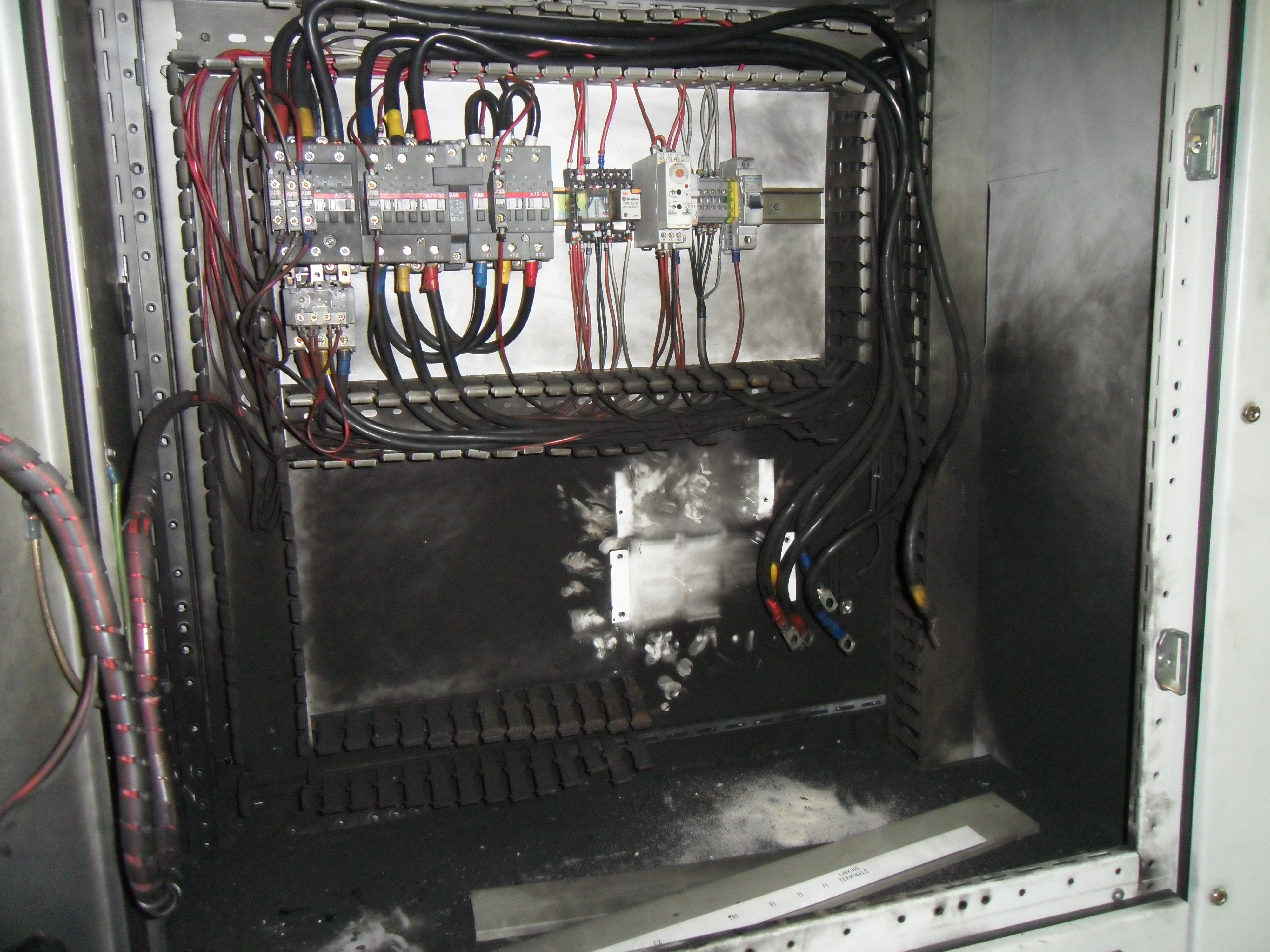 I was asked to undertake an investigation into an arc flash incident which caused injury to a facilities technician who had been fault finding on a chiller pump star delta motor control section of an MCC at a large IT manufacturer. The flash over occurred to the integral switch fuse to the panel. You can see the starter panel and the internal damage with the damaged switch fuse removed in figure 12.2. Figure 12.3 shows a healthy unit with 160-ampere HRC fuses. 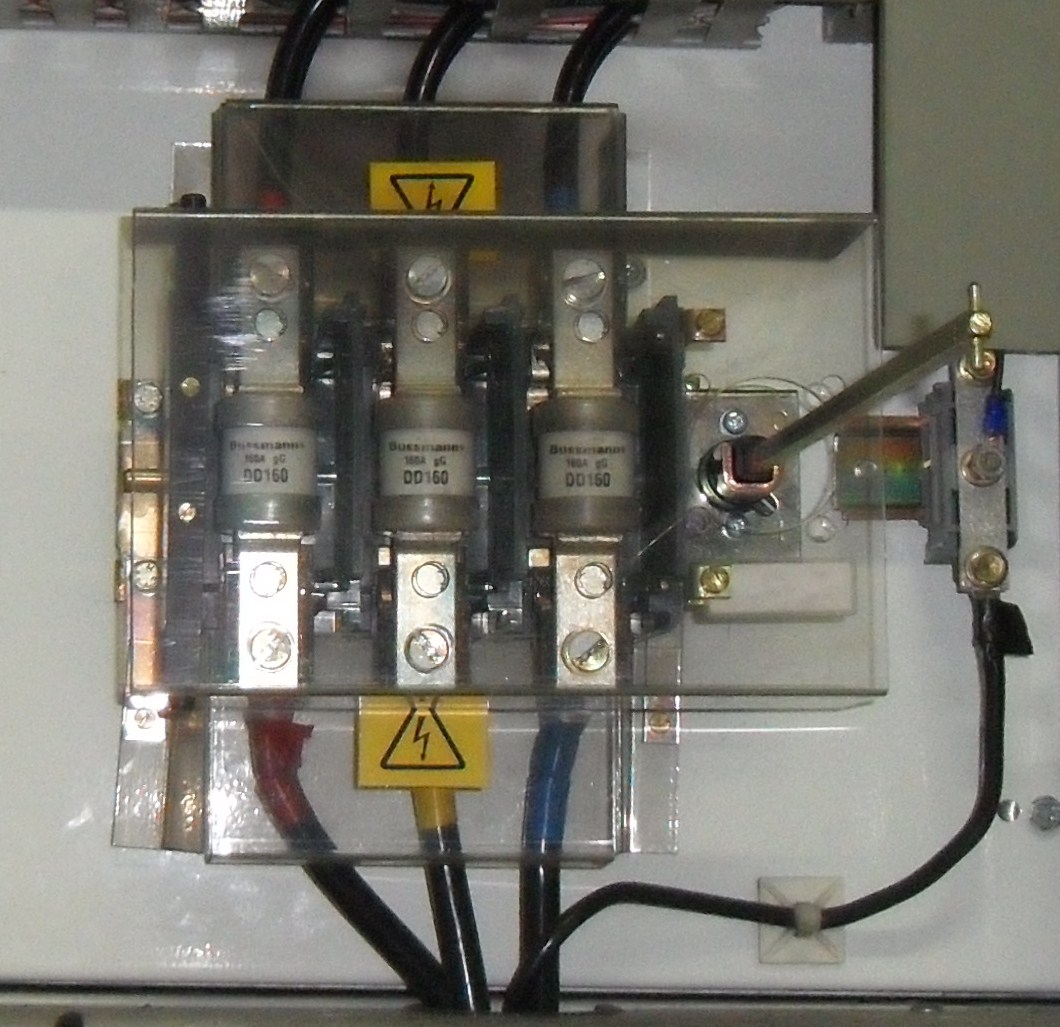 The technician had been called out to the chiller pump and found that it had stopped and the power on indicator at the panel was extinguished. He switched the isolator off at the panel and opened the door to check the fuses, where he found that the 160-ampere red phase fuse had ruptured. He carried out electrical tests to the motor and could not find any faults, so he replaced the faulty fuse. He then closed the panel door and switched the power on at which point the indicator lamp illuminated. He switched the isolator off again and opened the panel door. He then by-passed the door interlocking mechanism on the isolator so that he could visually check that the contactors were activating, switching from star to delta on start up. The electrical flashover occurred after the control panel had been re-energised and the technician had activated the run button for the pump. When pressing the run button, he was holding the panel door slightly ajar, so the resulting incident energy was somewhat shielded from his face and body. He was not wearing any PPE at the time of the incident. Nonetheless, he sustained burns to his hand, arm and face and there was considerable disruption to production. The whole panel was put out of action although the arc was extinguished which was fortunate as the main 1600-ampere incomer to the MCC did not operate. The fault level at the panel was about 30kA but this was increased by motor contribution.

On examination of the switch fuse, I observed that the casing to the unit was severely cracked in several places and this all appeared to be old damage. In addition, the fuses that were fitted into the carriage were all different dimensions. See figure 12.4. None of the fuses would have been factory fitted and I concluded that there had been previous faults on this circuit. The fuse to the blue phase was longer than the originals and it was obvious that it had been force fitted. The casing at its terminal post was cracked and there was arcing on the contact assembly. It was thought that the arcing was confined to the line side of the unit but on close examination there had also been a flashover on the load side. As all three fuses had blown, I concluded that the initial arcing event started on the load side and migrated to the line side of the isolator.

This was all confirmed by a forensic examination by the manufacturer. There was a long list of improvements in the final report but there were a few salient points that I would like to highlight.

Whoever had forced an oversized fuse into the carriage had severely damaged the unit leaving a dangerous defect for one of his colleagues. However, the technician involved in the arc flash was not faultless. There was a risk assessment in place for work on or near live equipment which states that any examination should include looking for signs of damage and not to proceed if observed. There was also a requirement for PPE which was not worn at the time of the incident. There were also several tools and a multimeter inside the panel when the fault occurred and although they did not contribute to the event, it was an indicator of the shoddy way in which the energised work task was approached. There was also a need for a robust sign off procedure for post fault remedial work to large power critical plant.